The only truly comprehensive due diligence solution for the digital era. 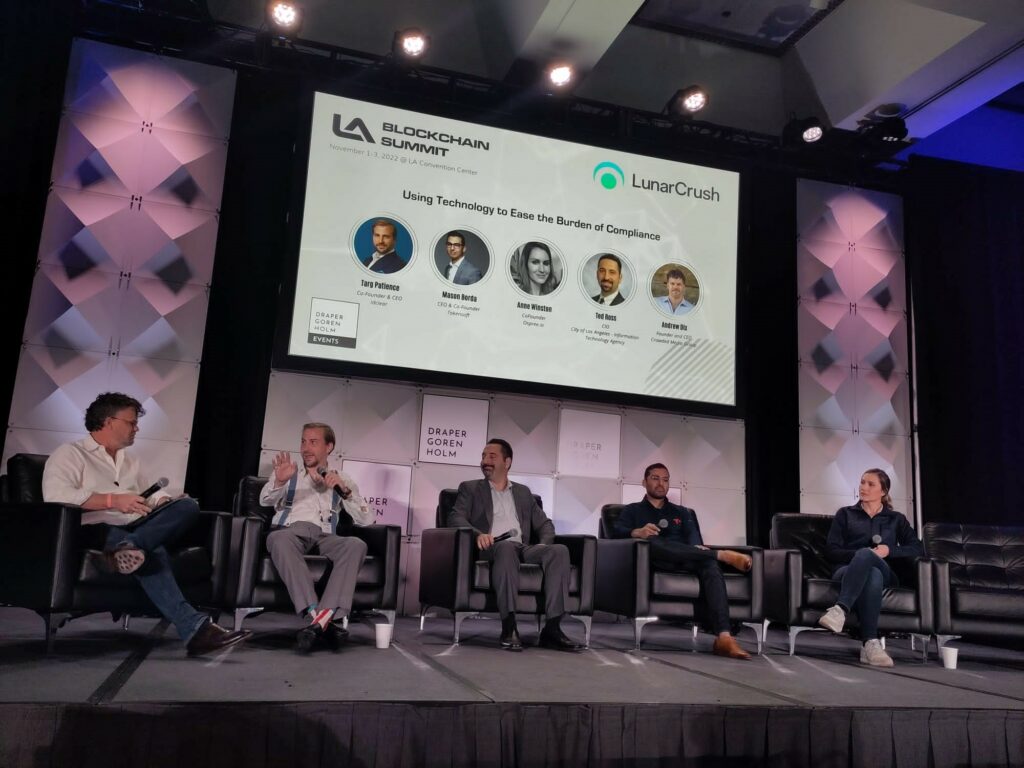 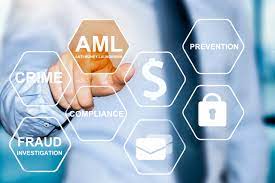 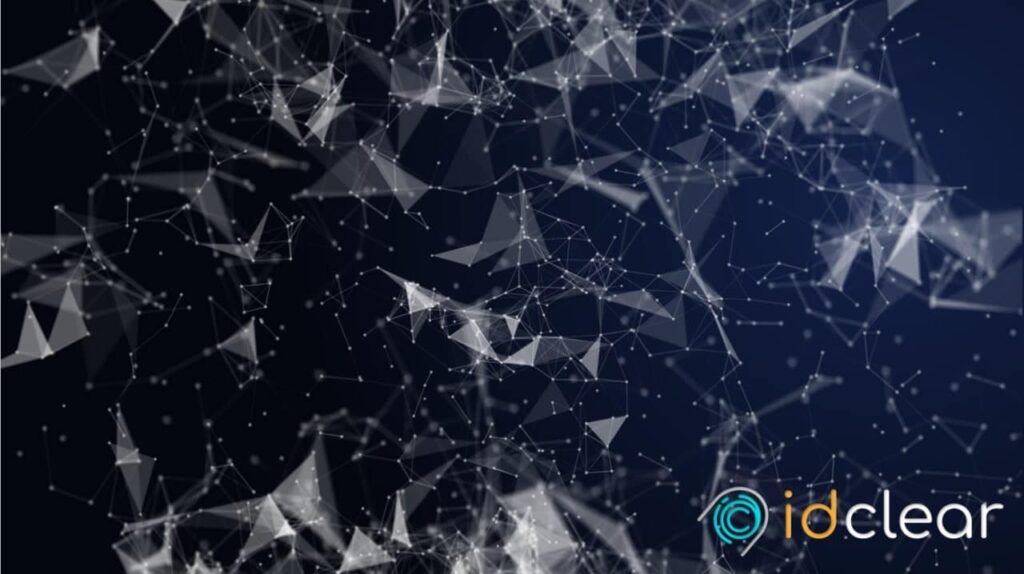 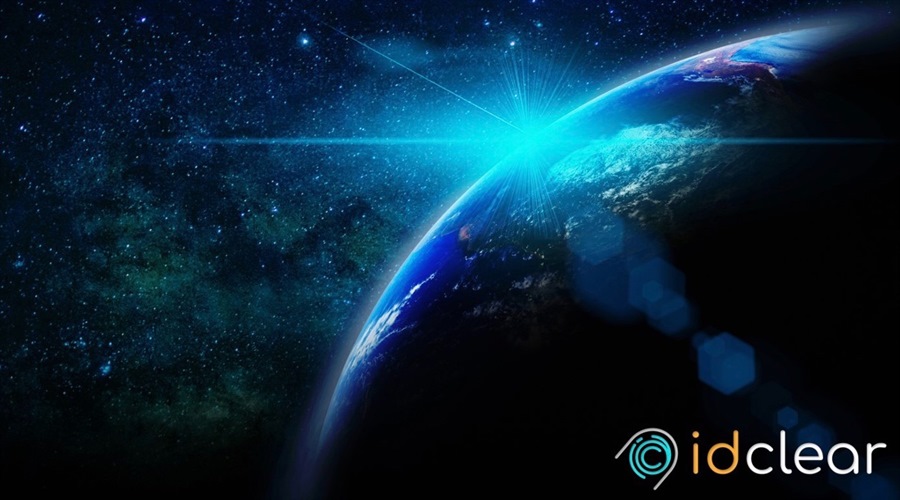 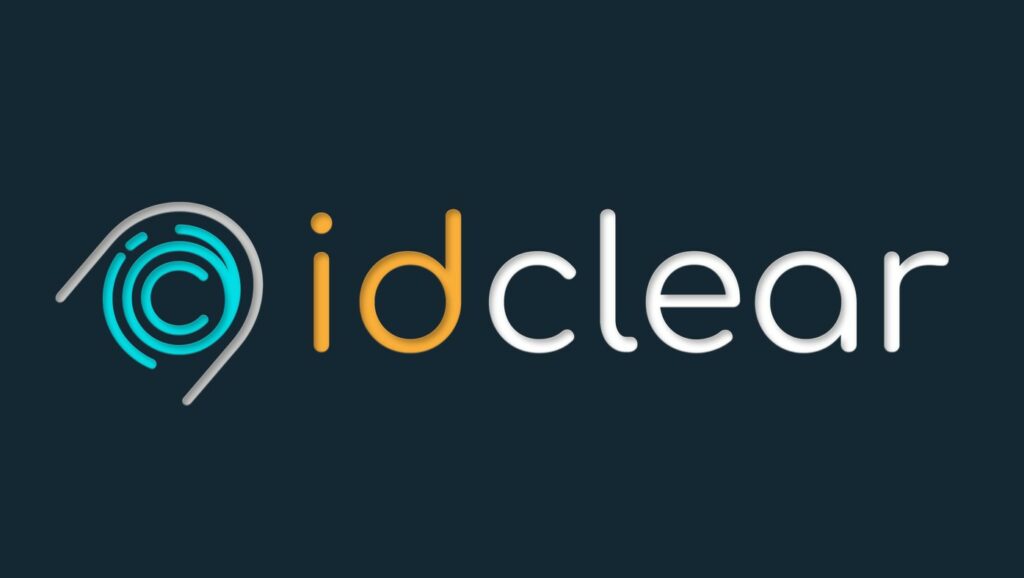 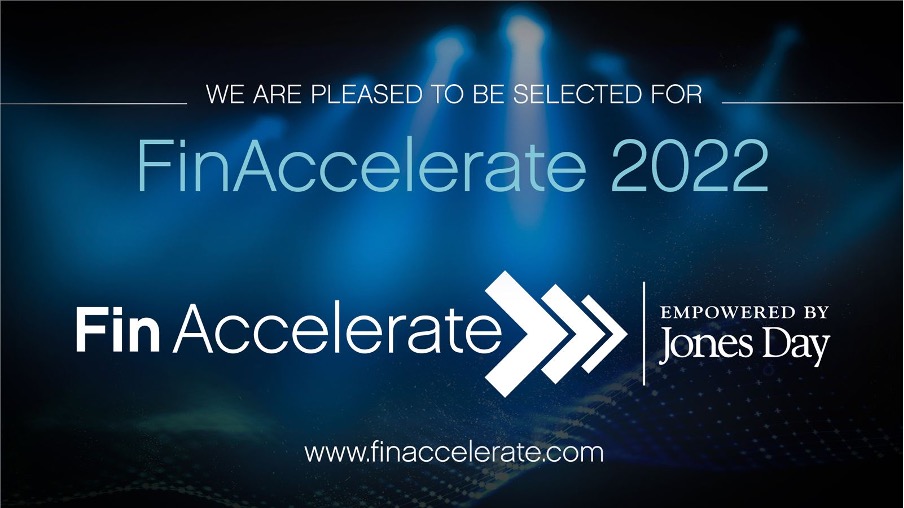 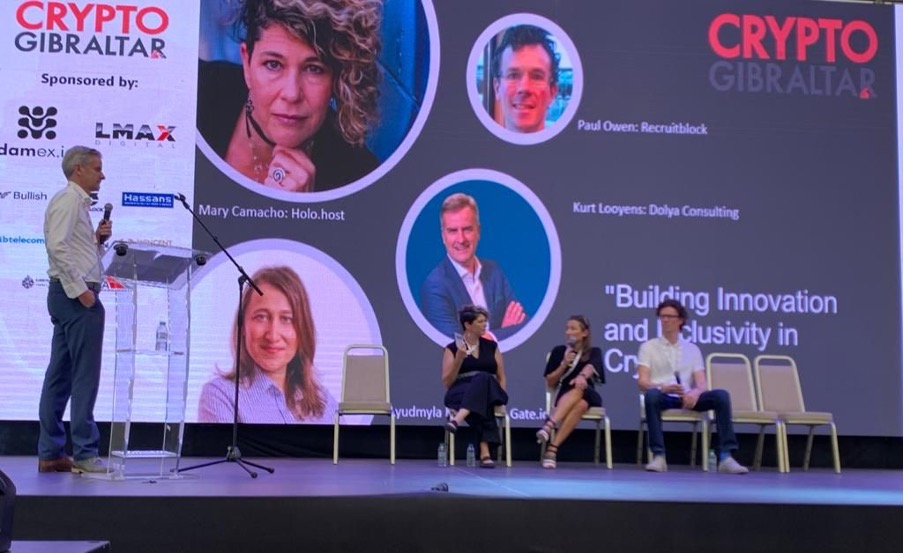 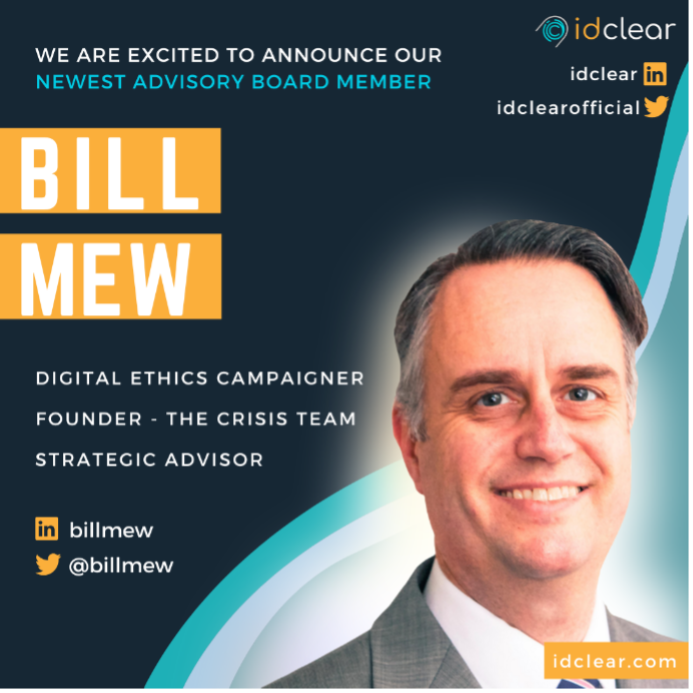 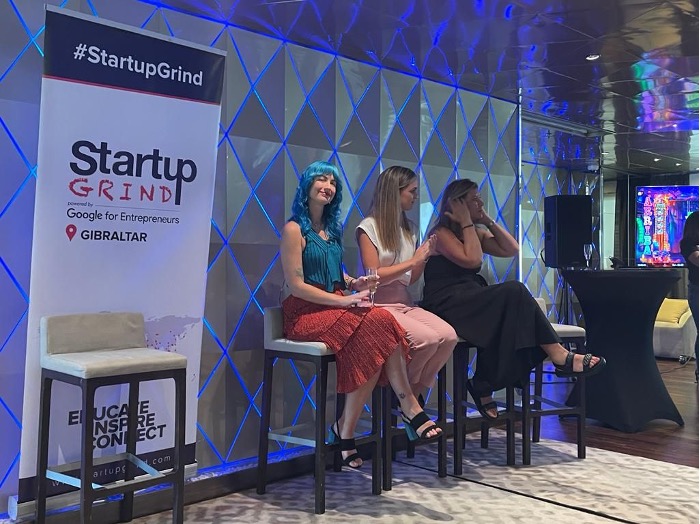 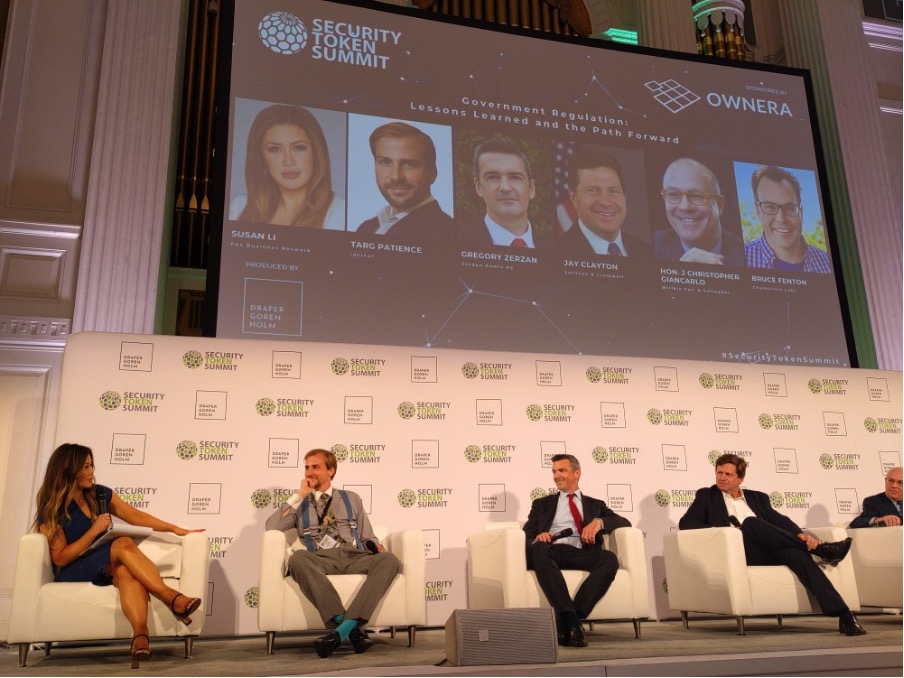 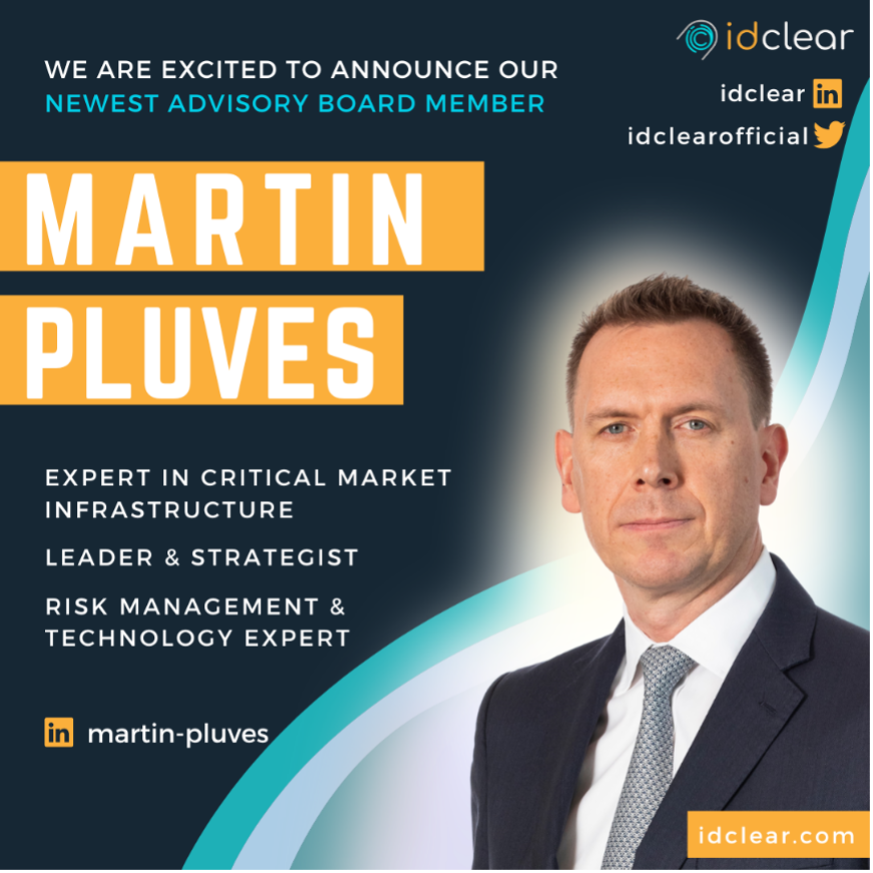 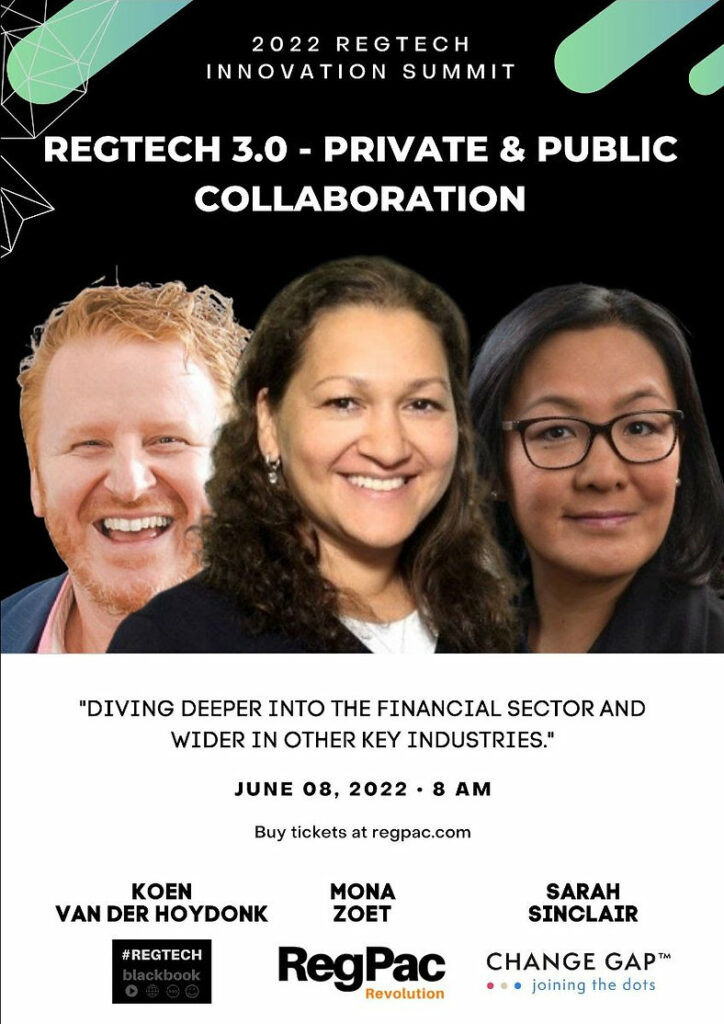 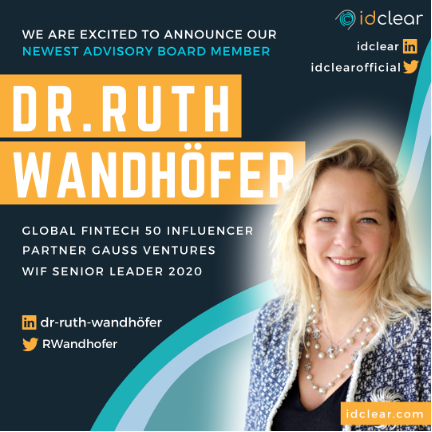 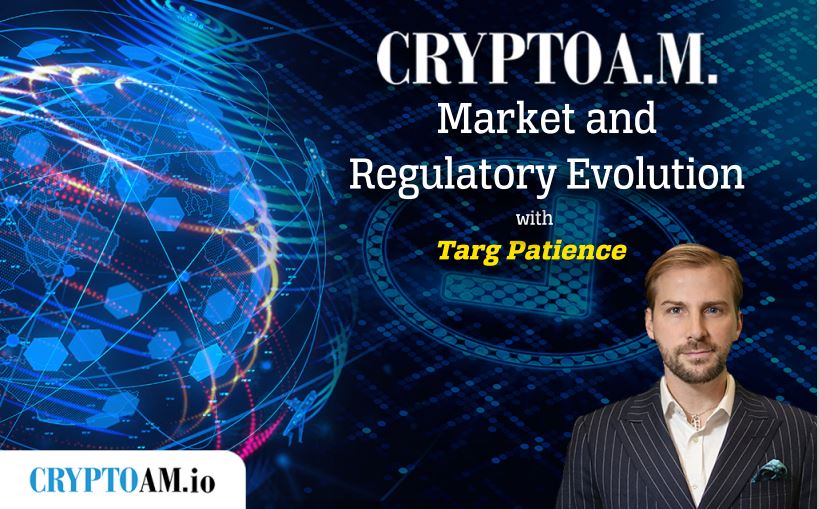 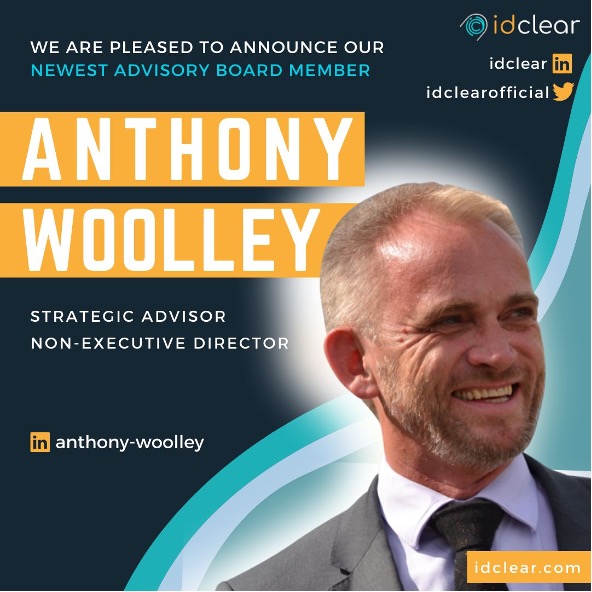 Our mission is to create a market infrastructure where our digital identities remain our own. Mutualising compliance to benefit everyone in a way that is secure and promotes ethical data use.

If you conduct customer due diligence:

As a business that is required to conduct due diligence on your customers, you have no doubt faced numerous challenges in the form of:

While there are hundreds of e-KYC tools available, these do not provide everything you need. This is because they are just that; tools not actual solutions.

idclear is a fully-managed service, provided by experienced compliance professionals and backed by cutting-edge technology, improving the quality of AML/CFTP due diligence and driving automation.

idclear enables businesses to onboard customers – from individuals to complex legal entities – through one cohesive ecosystem, utilising our proprietary risk scoring methodology.

Customer profiles are verified and monitored by idclear, allowing all of our clients to benefit from mutualised reduction in onboarding times and compliance costs.

Our infrastructure provides best-in-class RegTech and data management, accessible via single integration and through a single interface.

Our AML experts handle all investigations and alerts, ensuring compliance from day one and establishing data sets to drive automation.

We monitor the regulatory horizon and ensure our processes are always in line with applicable legislation and guidance – world-wide.

Our proprietary data platform has been carefully designed to make it easy to manage customer data in compliance with all data protection laws.

We mutualise due diligence processes across our client base, only conducting checks where none have yet been conducted or where additional checks are required. This approach significantly reduces cost and onboarding times for all participants across the entire idclear ecosystem.

Sensitive personal data and documentation is sent to each third party separately for verification.

Personal data is sent only to idclear, where it is verified and then shared as needed.

Our clients benefit from:

idclear is the perfect solution for the constantly evolving financial markets, able to service clients from CeFi to DeFi, and everything in between. We have the knowledge, expertise and experience to deliver true confidence, compliance and revolutionary efficiency.

If you undergo due diligence:

Whether as an individual or as a business, you will no doubt have been asked to verify your identity by providing sensitive data and documents. Often these requests come time and time again as each provider you need to onboard with verifies your identity afresh. You then receive repeated requests for more information from those you have ongoing business relationships with.

What if there was a way to minimise this hassle?

idclear allows you to securely store and share sensitive information and documents using a single interface. Your data is fully encrypted, only ever shared or visible to anyone else with your explicit permission. We provide a portal where you can see what data you have shared, when and with whom. All for free.

As an idclear end-user, you benefit from:

The idclear front-end interface provides a digital onboarding module, optimised for both desktop and mobile. Our onboarding widget supports automated verification and screening, with dynamic and intelligent proprietary real-time risk scoring. Highly secure idclear portals allow businesses and their customers to access and manage due diligence information, documents and communications.

idclear is the only compliance solution for DeFi that meets the FATF recommendations without introducing conflicts of interest to this new market structure.

Tereza is an executive level legal professional with broad and specialist experience in areas of commercial, regulatory, and European / international law. Qualified as a solicitor in the UK with Eversheds LLP, Tereza has worked in private practice, in-house and as a consultant for a diverse range of corporate clients. Tereza has a track record in delivering innovative projects acting as in-house legal lead on Flood Re – as well as being the Head of Legal for a digital exchange.

Kurt is a seasoned C-suite executive with a vast international experience. A long-standing career as a senior leader and CEO in banking and finance with ABN AMRO Bank allowed him to build a solid expertise on markets across the globe. He gained vast experience in both heading as well as transforming business areas into lean, profitable, and sustainable divisions, orchestrating effective compliance, growth as well as operational and social engagement strategies.

Byron is a veteran IT security professional and solutions architect, specialising in ultra-secure infrastructure in cloud-based environments. Boasting decades of experience in the industry, Byron started his career in the physical world, before moving into the virtual world and becoming an early proponent of cloud technology.  Throughout his career, Byron worked with the likes of The London Stock Exchange Group, Bayer Pharmaceutical and Virgin Money reimagining their current physical infrastructures into highly redundant autonomously built multi-cloud landscapes.

Hugo is an experienced business development professional, having spent the first portion of his career in capital raising and investor relations roles in London. He holds a Master’s Degree in International Management from IPAG Business School in Paris and a BEng in Mechanical Engineering from Newcastle University.

Wendy has held both administrative and management roles in the education and non-profit sectors and has previous experience from both the Corrections and the Public Defender’s Office. She holds a Bsc in Criminal Justice from the Roger Williams University in Rhode Island and is especially skilled in operational management.

Bill is one of the world’s leading digital ethics campaigners, focusing on striking the right balance between ‘meaningful protection’ (cybersecurity, privacy, etc) and ‘the maximization of economic and social value’ (AI, cloud, digital transformation, innovation, etc). In addition to appearing almost weekly on broadcast TV and radio, Bill is a contributor and columnist for a number of leading publications, and is one of the world’s top social media expert influencers. He also acts as a strategic advisor and evangelist for a number of top global tech brands.

Henry is an AML expert with over 20 years of experience in compliance, regulation and law enforcement. He has held senior compliance positions across a range of both crypto, e-money and traditional financial services institutions. Henry is a professional member of the International Compliance Association and currently sits on the Executive of the Gibraltar Association of Compliance Officers.

Dr. Ruth Wandhöfer has been instrumental in shaping the future of finance during her impressive career over the last 20 years. She operates at the nexus of finance, technology and regulation and is passionate about creating the digital financial ecosystem of the future. She is a very influential female leader in the technology space, promoting the understanding, deployment and business models of our digital future across financial markets and processes.

John is a superstar developer with a broad range of expertise across UX, UI, graphic design and front-end development. Having spent the early part of his career in growing business and sales, he brings a strong understanding of customer and client requirements when designing commercial applications.

Marcel is an expert in logical data modelling and physical data design, with over 20 years of experience in planning, building, and managing successful large-scale data warehouse and decision support systems. He is a Teradata Certified Professional as well as being certified as a IBITGQ EU General Data Protection Regulation Practitioner.

Toby has an impressive track record in artificial intelligence, efficient algorithms and innovation driven development. He’s been the founder of a number of successful start-ups and is actively involved in promoting digital skills within the community, both as a guest lecturer at Cardiff University and through his involvement with the Gibraltar Digital Skills Academy. Toby holds a BSc in Computer Sciences and Artificial Intelligence from the University of the West of England.

Martin is a highly accomplished expert and leader in financial services and market infrastructure, and currently serves as a member of the Bank of England’s Financial Market Infrastructure Board, which exercises the Bank’s oversight powers to promote the safety and soundness of critical market infrastructures. He previously served as the CEO of the Financial Markets Standards Board, and from 2014 to 2019 was CEO of LCH, one of the largest and most sophisticated clearing services in the world. During his tenure as CEO, LCH delivered record growth in revenues and volumes across its services. Having joined LCH. Clearnet in November 2009 as IT Director and a member of the Group IT Executive, Martin led LCH. Clearnet’s programme to launch ForexClear, the world’s first 24-hour OTC FX clearing service, and was responsible for all technology, operations and change for the first year of ForexClear post-launch. Later appointed as Group Head of Regulatory Change, Martin took responsibility for leading the EMIR authorisation of the French and UK CCPs, and was appointed Chief Operating Officer of LCH.Clearnet at the end of 2013. Prior to LCH, he was a partner in PA Consulting Group’s Financial Services practice, where he worked for over 14 years with clients including LCH, London Metal Exchange, London Petroleum Exchange, Irish Financial Services Regulatory Authority and the Irish Stock Exchange.

Nirvana is a thought leader, pioneer, author, Keynote speaker, and recognised global expert in the RegTech sector. She spent 20 years across various roles in the financial services sector, most recently as Global Head of Financial Services, RegTech, Risk & Regulatory Affairs for Hitachi. Nirvana has advised on several regulatory initiatives and studies and is currently working with businesses on topics such as AI, ML, Blockchain, IoT and Cloud. She sits on the board of four RegTech start-ups across Financial Services, Healthcare and Real Estate.

Anthony is a highly experienced banking and FinTech executive with expertise across a broad spectrum of financial services. He has collaborated with a multitude of FinTechs and high growth companies in his capacity at a Banking CIO/CTO and currently works independently with a small group of companies that share these commonalities – Highly credible leadership teams, strong visions, disruptive business models and the ability to deliver. Anthony is a regular speaker at industry conferences and is recognised as a thought leader on the application of blockchain technology to financial services.